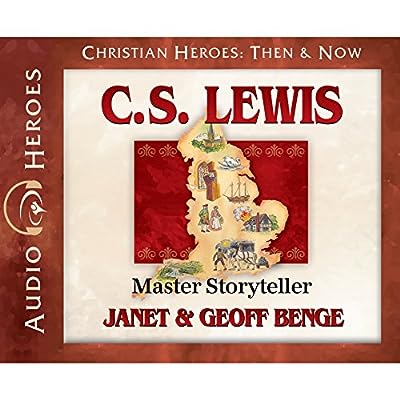 Price: 0.00
As of 2020-02-17 11:56:35 CST (more info)
Product prices and availability are accurate as of 2020-02-17 11:56:35 CST and are subject to change. Any price and availability information displayed on http://www.amazon.com/ at the time of purchase will apply to the purchase of this product.
Availability: Not Available - stock arriving soon
Product Information (more info)
0 0
CERTAIN CONTENT THAT APPEARS ON THIS SITE COMES FROM AMAZON SERVICES LLC. THIS CONTENT IS PROVIDED 'AS IS' AND IS SUBJECT TO CHANGE OR REMOVAL AT ANY TIME.

Jack's mind began to churn with ideas. What could he possibly do with an umbrella-carrying faun running through a snowy wood and a group of evacuee children who were bored living with an elderly professor? Soon jack had the hazy outline of a story that would draw millions of children into the magical land of Narnia.

From his earliest childhood, C.S. Lewis loved to hear and tell stories. Persuaded that stories could reveal the truth about the real world in a unique way, the literature professor would write more than thirty books, including science fiction, theology, literary criticism and fantasy. In an era marked by two world wars, Lewis attacked tough questions about life and faith headfirst. convinced that the story
of Jesus Christ is the truest of all stories, and, known for searching out the truth with honesty, clarity and imagination, the former atheist would become one of the most influential Christians of the twentieth century.
5 CDs, 4.58 hours, read by Tim Gregory.